Chilliwack: Take back this land The Monster Stephen Harper and the Anthem of Hope by Montreal Simon, Aug 11, 2015 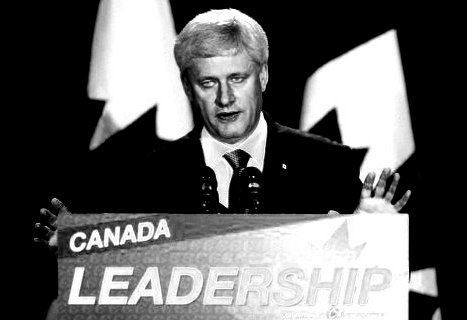 When I see the crazed look in Stephen Harper’s eyes I can’t believe that anybody in Canada could vote for such a monster.

When I read about how him and his Cons are trying to buy an election I wonder why they aren’t in jail.

Cabinet ministers, backbenchers, and Senators announced $14.09-billion in federal government spending between June 23 when the House rose and Aug. 2 when the federal election was called, according to the 670 announcements.

When I look at this updated list of his crimes against Canada I wonder why he’s still in power.