Quebec government puts end to oil and gas exploration on Anticosti Island, The exploration work was aimed at determining the hydrocarbon potential, in terms of quality and volume, on the eastern Quebec island by The Canadian Press, July 28, 2017, Financial Post

QUEBEC — The Quebec government announced Friday there won’t be any further oil and gas exploration on Anticosti Island, putting the controversial drilling project to rest.

Natural Resources Minister Pierre Arcand said a decision was taken to protect the island’s natural character and support its bid to become a UNESCO World Heritage Site, which the province has formally backed.

“It was clear to us that it was very difficult both to exploit the hydrocarbons and at the same time to apply to UNESCO for Anticosti,” Arcand said in Montreal.

The project, conceived under the previous Parti Quebecois government, had become a political hot potato after Premier Philippe Couillard’s Liberals came to power in 2014.

In 2014, the PQ announced a $115 million investment, a first step towards gas exploration on Anticosti Island, estimating a potential of 46 billion barrels.

The exploration work was aimed at determining the hydrocarbon potential, in terms of quality and volume, on the eastern Quebec island.

However, Couillard increasingly distanced himself from the project after attending the international climate conference in Paris in 2015.

The premier expressed concerns about environmental risks and had questioned the project’s economic viability, repeatedly noting it was reached under the previous PQ government.

The provincial government said Friday that negotiations are underway to compensate a number of companies for cancelling their contracts.

Deals have been reached with Junex, Corridor and Maurel & Prom for a total compensation of $41.4 million.

“These agreements demonstrate the seriousness of our government and our commitment to respect the signature of the previous government,” Arcand said.

The island located in the Gulf of St. Lawrence is home to deep canyons, impressive waterfalls and numerous caves.

The head of a local environmental group said the risks of drilling there would have far outweighed any potential economic benefit.

“Anticosti is a jewel, a place worthy of being part of UNESCO’s world heritage,” said Steven Guilbeault of Equiterre.

“Allowing oil companies to draw millions of litres of water, to dig thousands of oil wells, to inject chemicals in the soil would have been a grave error.”

Many local residents were opposed to oil and gas activity on the island and fear the environmental impact and dangers for fish and wildlife.

John Pineault, the mayor of the Quebec municipality and a fervent opponent of the drilling, says the firms must now restore the sites to what they were.

“Let them clean up their sites to put this behind us,” he said in an interview. The move, implemented through a cabinet order, requires Liberal Premier Philippe Couillard’s government to compensate four energy companies that had existing exploration permits. The government said on Friday that it had reached deals with three of them for $41 million.

The ban comes several months after Quebec supported calls in January for Anticosti Island to be recognized by UNESCO as a World Heritage site. Environmental groups and Indigenous leaders have also supported efforts to ban new exploration projects.

The move contrasts with recent federal government efforts to expand pipeline approvals and encourage growth in the oil and gas industry in Alberta and Saskatchewan.

It also appears to be consistent with Quebec’s efforts to wean its economy off of fossil fuels and electrify its transportation system as part of a larger climate change strategy. But for now, the move won’t extend to other proposed oil and gas exploration on Quebec’s Atlantic coast.

“I don’t know if we should draw conclusions,” said Steven Guilbeault, the co-founder and senior director of Quebec environmental group Équiterre, in an interview.

“The case of Anticosti is fairly specific. There is oil exploration and exploration in the Gaspé peninsula and we certainly don’t feel the same level of concern by the government there compared to Anticosti… But it does put an end to an important oil project in Quebec and I think it should be a sign that Quebec is going to reduce its consumption of oil by 40 per cent by 2030 so for me it’s a good news.”

In 2014, the previous Parti Québecois government headed by former premier Pauline Marois had allowed Anticosti Hydrocarbons L.P., a firm in partnership with three other oil and gas companies (Corridor Resources, Maurel & Prom, Pétrolia) to begin exploration. But Couillard, whose Quebec Liberals defeated the PQ and formed a majority government in April 2014, has expressed his doubts about the project on multiple occasions, including at the international climate change summit in Paris in 2015.

“I wish I wouldn’t have found this project on my desk,” Couillard said at the time.

The announcement puts an end to exploration permits that were granted by Marois in 2014 to Junex, Corridor and Maurel & Prom.

“Notwithstanding our continued commitment to and belief in the project, given the position of the Government of Quebec and the lack of viable alternatives available to Corridor, negotiating a settlement was considered to be in the best interest of our shareholders,” stated Corridor Resources Inc. in a statement released on Friday.

The company holds a 21.67 per cent interest in the Hydrocarbons Anticosti L.P. and about 1.5 million acres in more than 30 exploration licenses on the island.

Negotiations are still ongoing with Trans American Pétrolia, which also holds 21.67 per cent of the interest. The company had been asking for compensation of at least $100 million for all partners.

Relations between the Quebec government and Pétrolia were rocky in the wake of Couillard’s comments in Paris.

The company had previously challenged the premier’s comments, stating that “there is nothing in the agreements that gives the Government of Québec the right to withdraw from or avoid its contractual obligations. The agreements were signed in good faith with the Government of Québec and were approved by decree of the provincial cabinet… The public statements made by the Government that it does not intend to meet with its contractual commitments are serious and highly prejudicial.”

“These agreements show how serious our government is about… respecting the signature of the previous government. Let’s remember that it was the Parti Québécois which authorized the exploration project on the Anticosti Island without informing or consulting the population and which signed this contract.”

Several environmental groups like Equiterre, Greenpeace Québec and the Quebec chapter of Canadian Parks and Wilderness Society applauded the ban.

“For us, it’s an excellent news. I was in the room in Paris in 2015 where Premier Couillard had made the comment saying he was really not a fan of the potential foraging in Anticosti adding the risks were really high, and since that, we’ve witnessed the slow agony of this project. And it’s ending today,” Équiterre’s Guilbeault told National Observer. ​ 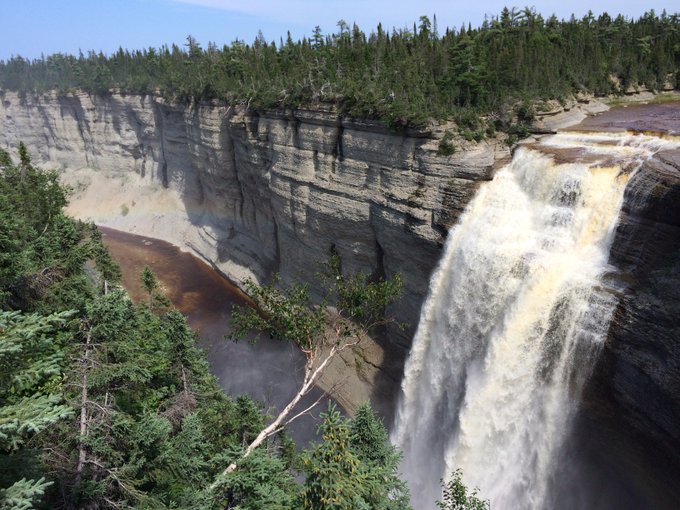 The mayor of Anticosti, John Pineault, told the French-language TVA television network that he felt as though a heavy weight had been lifted from his shoulders.

Jean-Charles Piétacho, chief of the Ekuanitshit, an Indigenous nation on the North Shore of Quebec was also pleased.

“It’s a beautiful victory,” Piétacho told TVA, “a good government decision to put an end to all oil development on Anticosti Island.”

Patrick Bonin, a Greenpeace Quebec campaigner, said he was happy to hear the island wouldn’t be torn apart by the oilpatch, but he was skeptical about the costs.

“It’s good news but an expensive one,” Bonin told National Observer. “The compensation is excessive. It’s not worth $41 million. A good part of this money should have gone to the communities.”